On Wednesday, 6 February our cross-country team produced a stellar performance at the relays in the War Memorial Park, Coventry. Since 1972 King Henry VIII School has hosted what is now regarded by many as the national inter-schools cross-country relay race. Boys and girls compete in their own categories: the boys’ race is 6 x 2.3 miles; the girls’ race is 4 × 2.3 miles.  The course is over pavement, grass, woodland – and usually quite a few puddles – and is largely flat with no significant elevation. The race has a strong legacy, boasting former competitors of the calibre of Seb Coe, Alistair & Jonathan Brownlee, and Richard Nerurkar.

Conditions were nearly perfect with a cloudless sky and hardly a breath of wind, which meant fast times were possible. Ermysted’s have a great crop of athletes at the moment with the school recently winning national titles both at cross-country and over the fells; however, this flat relay was a far cry from the mud and hills they are used to. The students had aspirations of a high single figure placing and set off in determined fashion with Year 13 runner Joe. This was Joe’s last run in this event and as School Captain of Cross-Country he meant to sign off in style. He came 3rd of the 55 entries and he ran the individual 4th fastest time of the day. Fellow Cross-Country Captain, Tom, was equally determined and ran his best race this year, coming 3rd. Year 11’s Sebastian was next and he quickly lifted the team into the lead.

The Judd School from Kent made their move and edged a little closer on the 4th leg, but Will ran well to pass on a slight lead to Louis on our penultimate leg. Alex ran on the anchor leg and after a outstanding performance finished 27 seconds clear.

It was then we realised just how phenomenal a team performance it had been, as Ermysted’s had broken the course record by a full 46 seconds! This was absolutely incredible bearing in mind that this event has been going for 48 years.

Ermysted’s ‘B’ Team of Arthur, Joe, Ben, Jath, Sam and Donnabhan showed the strength in depth the school has as they came 22nd, beating most of the other school’s ‘A’ teams. 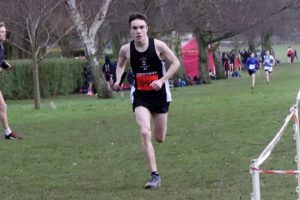 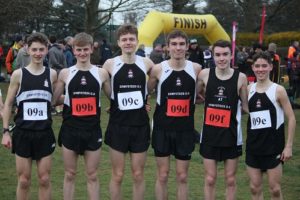 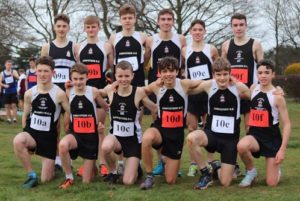 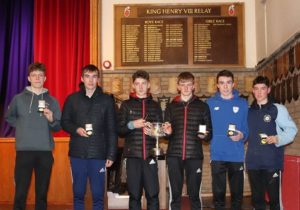 This website uses cookies and requests your personal data to enhance your browsing experience.
I agree School Policies